Skip to Main Content
It looks like you're using Internet Explorer 11 or older. This website works best with modern browsers such as the latest versions of Chrome, Firefox, Safari, and Edge. If you continue with this browser, you may see unexpected results.

Welcome to the History of The Prince Charles Hospital

The Prince Charles Hospital was opened in 1954 as the Brisbane Chest Hospital and was originally designed for the treatment of Tuberculosis (TB) patients.  Due to the considerable progress in the treatment of TB and the successful TB eradication program, it was soon possible to accommodate other patient types and the hospital was subsequently named The Chermside Hospital in 1961.

In 1974 during a visit from His Royal Highness, Prince Charles, The Chermside Hospital was renamed as "The Prince Charles Hospital" (TPCH).  Today TPCH is a major tertiary referral hospital for cardiac and thoracic services as well as providing emergency medicine, orthopaedic surgery, general surgery, general medicine, geriatric medicine and rehabilitation, and mental health services to the local population.

The Chermside & Districts Historical Society Inc. has also created a web site on the history of The Prince Charles Hospital.

The Chermside Hospitals Board made application to the Royal College of Arms for the granting of Arms and Crest on 1 June 1977. Granted by the King of Arms, artwork for the approved designs was received in 1979. The crest consists of a red dragon as reference to HRH, Prince Charles, whose badge, as Prince of Wales, has a red dragon. The dragon holds in its dexter claw a fleem which is a mediaeval surgical instrument. The wings are scattered with snow-white discs or "roundels argent". These might be construed as "pills" so that in this crest there is a reference to both surgery and medicine.

The motto adopted... "We Serve" is inspired by the personal motto of HRH The Prince of Wales which is
"ich dien...I Serve". 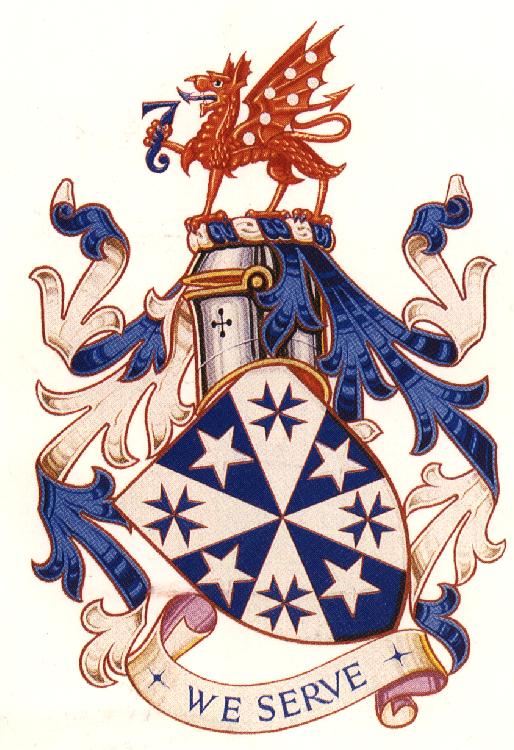